The bikes are prepared and loaded for shipment

The bikes will be awarded to selected organizations or individual beneficiaries

From the Netherlands to Zimbabwe

BikesforZim is a Dutch / Zimbabwean foundation with the aim of increasing the living standard of Zimbabweans - who really need it - by using good second-hand bicycles from the Netherlands. In the Netherlands there are many bicycles that are literally unemployed, which can actually provide work in Zimbabwe. For many, a second-hand bicycle means an opportunity for work, income or study.

The Dutch branch of the foundation is involved in collecting the bicycles, finding donors and deploying volunteers for transport to Zimbabwe.

The Zimbabwean branch of the foundation ensures that bicycle-related projects are found and selected with a preference for projects that have “social entrepreneurship” in them.

On this website you can read which destination the bicycles can get through the various projects, who the local partners and beneficiaries are and you can follow where your donated bicycle will eventually end up!

Our mission is to improve the lives of Zimbabweans by making bicycles available.

Were once the most used mode of transportation for students, workers and small business owners alike; the major cities still have a network of cycle paths. Due to the current crisis there is a reappraisal of the bicycle as a cheap and healthy means of transport. The bicycles from the Netherlands are very popular because of their robust reliability.

With your help, a second container with bicycles, tools and spare parts has arrived. This second batch is used for training and support to local bicycle repair shops

RESCU is a charity that provides employment to people with mental or physical disabilities in a protected environment. With the help of BikesforZim, they will also maintain bicycles.

The Wadzanai Community Development Trust is a grassroots organization that aims to develop rural areas. It is located around Uzumba Magunje Village in Mashonalnad Central, about 60 kilometers north of Harare

The Child Welfare and Protection Services (CWPS) foundation aims to provide support and a future for street children in Harare.

IMBA is a foundation that works for the most vulnerable children and their families in rural Zimbabwe.

The stories of our entrepreneurs

Busboy is a florist by years; he is still fit enough to bring his merchandise to the people on his bicycle. 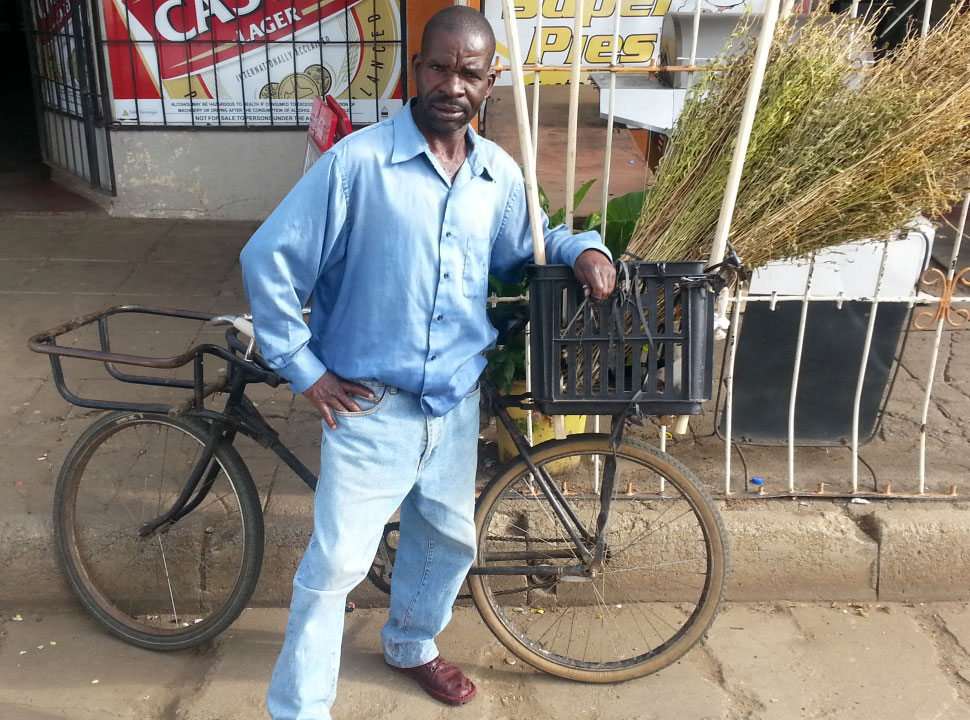 Since Tendai has a bicycle, he can sell more brushes and brooms. 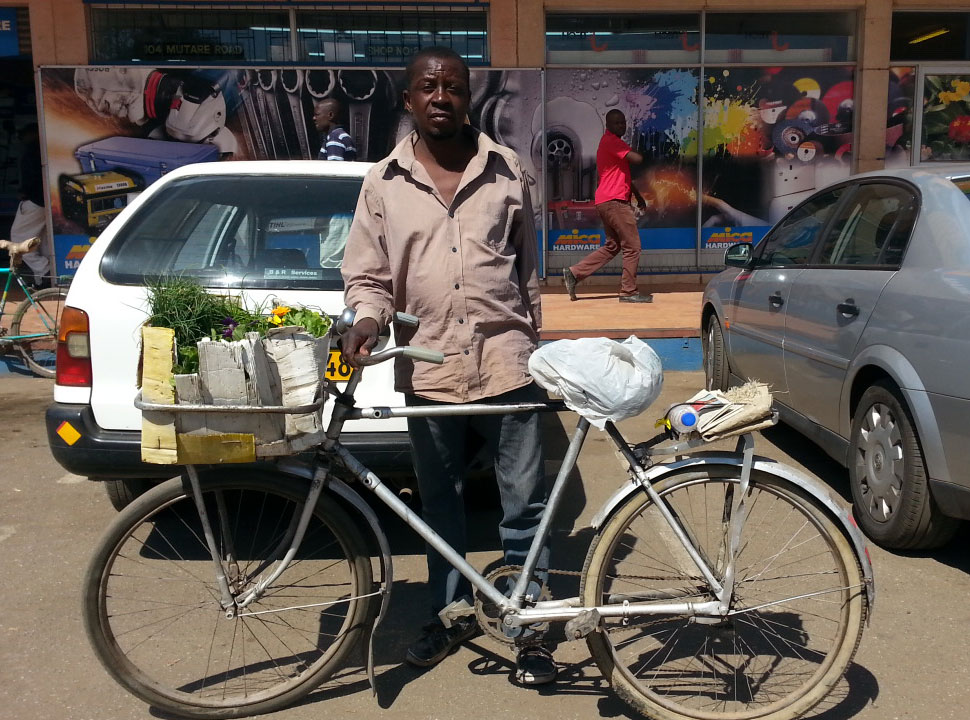 Jonas grows herbs and brings them to town on his bicycle.

The Vegetable and Fruit Farmer

John is as old as his bicycle: 60 years! His 'engine' is very solid and that is necessary, he says. Only been welded once and he knows how to maintain it. Without his reliable bike he would be lost. It's people like John who need our support with sturdy bikes with front and rear racks.

Lovermore is a tinker in the countryside, he repairs the holes in pots and pans. His bicycle is his 'job bus' to which his tools hang and his carbide installation is lashed to it.

Salesman Takawira Chidawa makes his own baskets for hanging plants and uses his bicycle to sell them in Harare.

Your contribution helps people to help themselves